This repo contains a set of modules in the modules folder for deploying a Consul cluster on AWS using Terraform. Consul is a distributed, highly-available tool that you can use for service discovery and key/value storage. A Consul cluster typically includes a small number of server nodes, which are responsible for being part of the consensus quorum, and a larger number of client nodes, which you typically run alongside your apps: 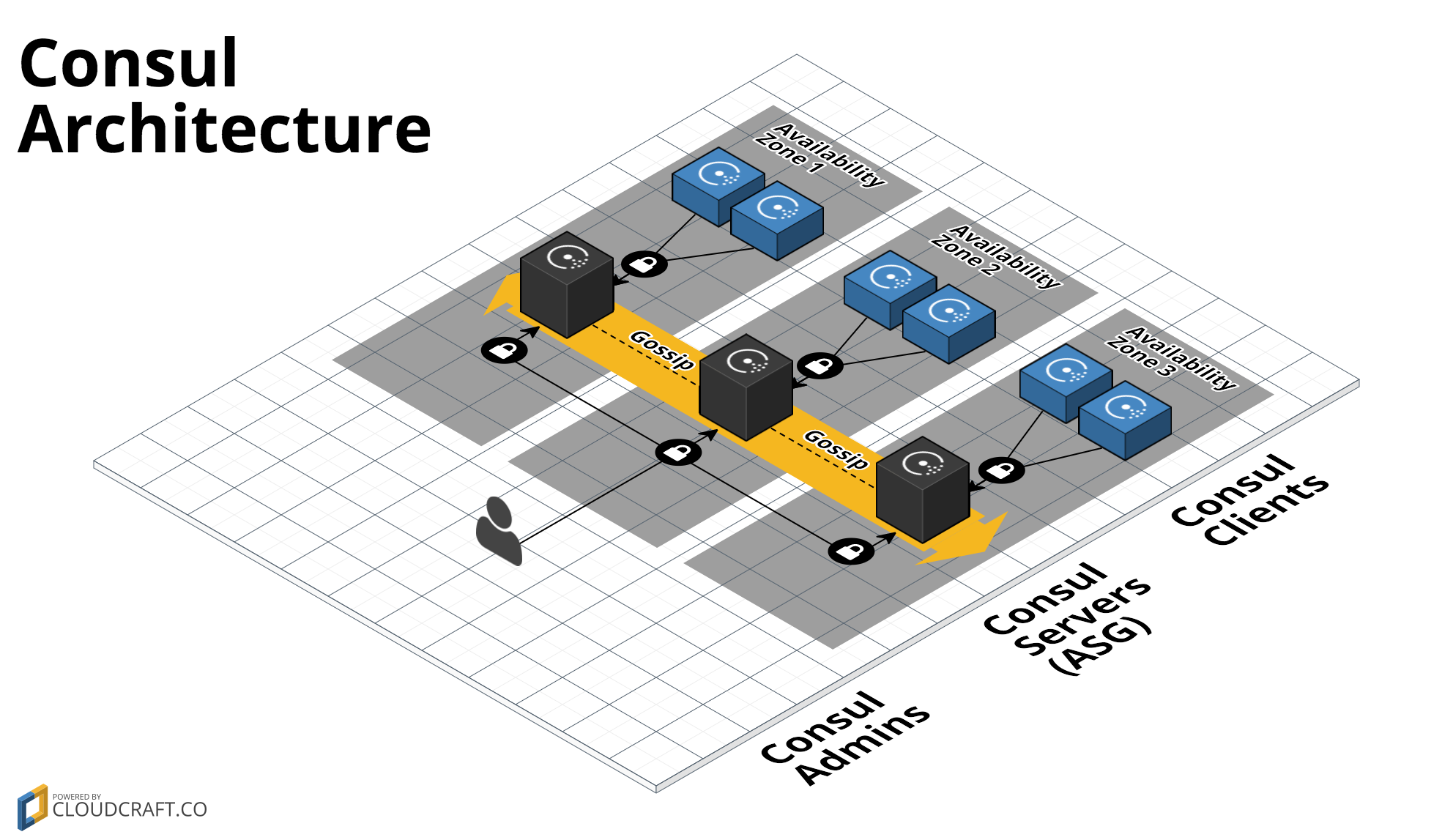 How to use this Module

This repo has the following folder structure:

To deploy Consul servers for production using this repo:

To deploy Consul clients for production using this repo:

A Module is a canonical, reusable, best-practices definition for how to run a single piece of infrastructure, such as a database or server cluster. Each Module is created using Terraform, and includes automated tests, examples, and documentation. It is maintained both by the open source community and companies that provide commercial support.

Instead of figuring out the details of how to run a piece of infrastructure from scratch, you can reuse existing code that has been proven in production. And instead of maintaining all that infrastructure code yourself, you can leverage the work of the Module community to pick up infrastructure improvements through a version number bump.

Who maintains this Module?

This Module is maintained by Gruntwork. If you're looking for help or commercial support, send an email to modules@gruntwork.io. Gruntwork can help with:

Code included in this Module:

How do I contribute to this Module?

Contributions are very welcome! Check out the Contribution Guidelines for instructions.

How is this Module versioned?

This Module follows the principles of Semantic Versioning. You can find each new release, along with the changelog, in the Releases Page.

During initial development, the major version will be 0 (e.g., 0.x.y), which indicates the code does not yet have a stable API. Once we hit 1.0.0, we will make every effort to maintain a backwards compatible API and use the MAJOR, MINOR, and PATCH versions on each release to indicate any incompatibilities.

This code is released under the Apache 2.0 License. Please see LICENSE and NOTICE for more details.